Victoream (ビクトリーム Bikutorīmu, sometimes translated as "Victoreem") is a strong mamodo that Zatch and friends find at the Devolo Ruins. He is one of the one thousand year mamodos that Zofis freed from stone. Victoream thinks of Kanchome and Folgore as his slaves. As Zatch and Tia are fighting Victoream, Kanchome and Folgore bring him a melon, which he eats quickly, then starts singing the song "Very Melon", inspired by the fruit that Folgore had gave him. When all of them interrupt the song, he gets very mad. The others learn that he is actually very dangerous when he is interrupted or ignored. While fightin, Kanchomé secretly drew a face on Mohawk Ace when he wasn’t looking. Victoream thought Mohawk was just a clone by Kanchomé, so he attacked Mohawk, but really, Kanchomé was the spellbook. Now that Mohawk was unable to cast spell, Victoream was left defenseless. Victoream’s book was then burned, and sent back to the mamodo world. Mohawk Ace was freed from Zofis when Victoream’s book was burned.

When Zatch is battling Clear Note, he is one of the many mamodo who appear from his golden spell book. He claims that he is only helping because when they sent him back, he was given a melon seed which gave birth to a million melons. 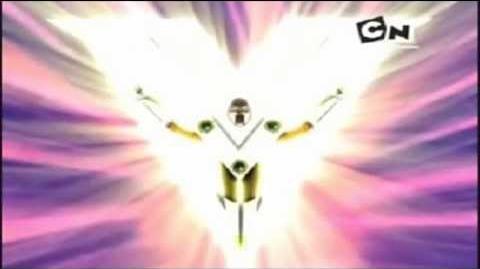 The melon Folgore offers to Victoream inspires him to start singing a song called "Very Melon". His love for melons was so great that he even took a few seeds to the Mamodo World.

Retrieved from "https://zatchbell.fandom.com/wiki/Victoream_and_Mohawk_Ace?oldid=44494"
Community content is available under CC-BY-SA unless otherwise noted.