Sherry's Rhapsody of Life (シェリー運命の Sherry, the Rhapsody of Fate) is the twelfth episode of the Zatch Bell! anime.

Sherry and Brago are in a forest searching for a Mamodo and its partner. While there, Sherry reminisces about the past. In the past, Sherry is going to congratulate her friend Koko when she finds that Koko's city is on fire. Searching the city, she finds Koko brainwashed by the Mamodo Zofis. In the present time, Sherry and Bargo engage in battle with the Mamodo they were searching for. Just then Sherry collapses from exhaustion. Sherry dreams about the time Koko saved her when she tried to commit suicide and how Koko afterwards became her first and best friend. Sherry regains consciousness and uses her new spell "Ion Gravirei" to defeat the Mamodo pair. She collapses soon afterwards with a fever. 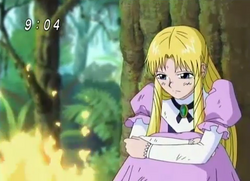 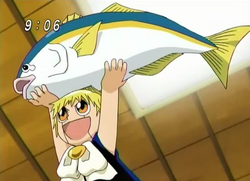 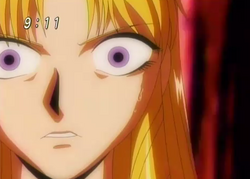 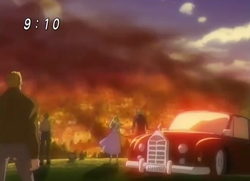 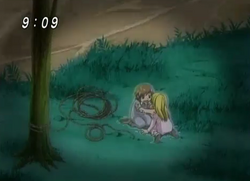 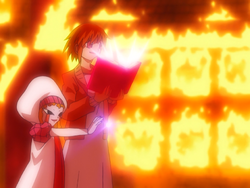 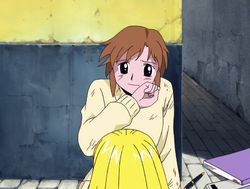 Koko After Being Bullied.
Add a photo to this gallery